If you need some inspiration on how to keep everyone entertained at home, here’s our take on baking!

If I’m completely honest, baking isn’t my strong point.  I’d go so far as to say I’m pretty useless at it.  However, I do roll up my sleeves from time to time and give it a go – here’s a few recipes we’re tried out in the past.   A few were road tested at Christmas so have a festive twist but can easily be adapted to other times of the year.

My mini Mumbler is a cheese monster so when I saw these savoury bites pop up a few times on kids’ baking blogs as being a good bet to try out with the little ones, I thought we’d give them a whirl.

We followed the BBC Good Food recipe  which uses ready made pastry but if you’re feeling adventurous, the Sainsburys version has instructions for making the pastry from scratch.

I found that by using ready made pastry, my toddler could do pretty much the entire recipe herself with minimal help from me. She had a ball rolling out the pastry, sprinkling on the cheese (shard by shard….), rolling it out and then cutting it into stars.  Once her handiwork was done I took over and popped them in the oven and waited with baited breath for the outcome…

I must admit I was quite impressed by the final result! The biscuits cooked in around 10 minutes and came out cheesy, buttery and golden brown.  My toddler is a notoriously fussy eater and she got straight to work munching away at one which really is a true seal of approval! They were also great for my (then) 10 month old to suck on. All in all, a real baking success and one which we’ve added to our repertoire! 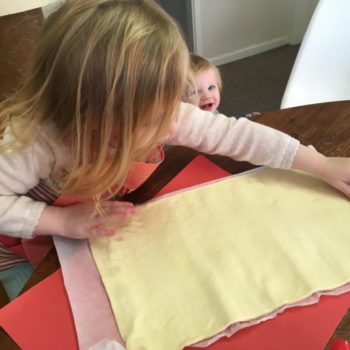 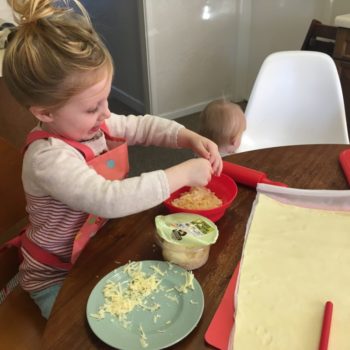 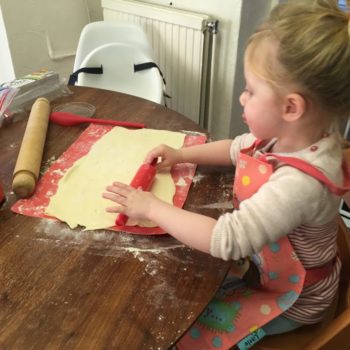 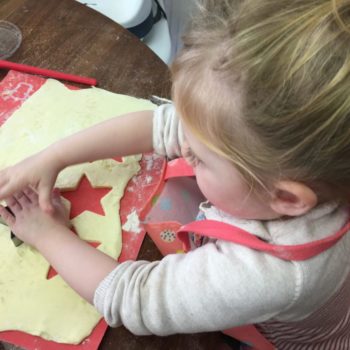 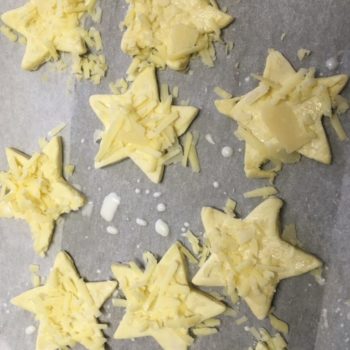 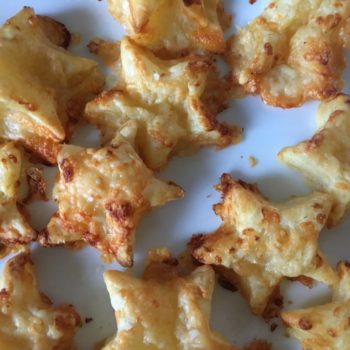 Treats can be a minefield for little ones (and grown ups!) with sensitive tummies or following a particular diet. I did a little digging around for allergy friendly treats to try out and came across these mint-chocolate treats a few times – they are referred to as gluten free, clean eating, dairy free, vegan and paleo on different blogs – so I think should be a safe bet for anyone with specific dietary requirements.

The recipe is said to be a good one to do with the kids but it does require some high speed blitzing in a blender which the younger ones obviously can’t do. My toddler did however have great fun measuring out all the ingredients and tipping them into the blender, and then moulding the mixture into balls onto the baking trays once blitzed.  There’s no cooking required, you simply pop the raw balls into the fridge and leave to cool for an hour.

I’ll be honest – ours didn’t quite look like the ones I had seen on the other blogs 🙄 I was expecting them to be soft and macaroon-like but they were more like hard blocks of minty chocolate.  I’m not sure what I did wrong (anyone?!) but it didn’t really matter as they were still pretty delicious (a bit like a coconut-mint Aero!) and were so full of good stuff I didn’t mind the mini Mumblers testing them out.  In fact, they were so quick and easy to rustle up they’re a good bet for a guilt free treat. 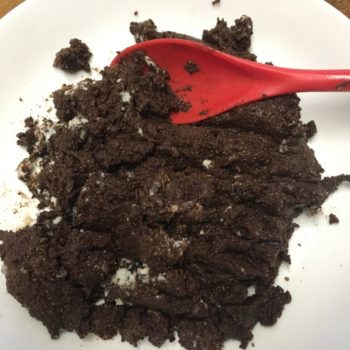 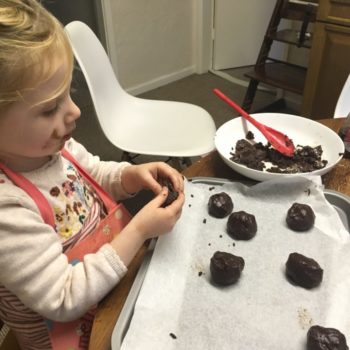 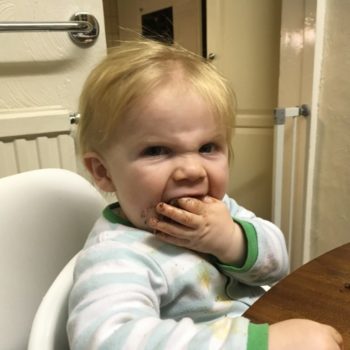 Nanna Mumbler, my mother in law, is an avid (and pretty impressive) baker and regularly has baking sessions with the Mini Mumblers.  She’s a biscuit pro, so at Christmas she tried out these delicious shortbread Christmas cookies (take away the Rudolph aspect and they’re just shortbread biscuits 😊). Nanna tells me the recipe is so straightforward that my toddler really got stuck in.  She had a whale of a time measuring out the ingredients, rolling out and slicing the dough but her favourite part was of course decorating the biscuits when they were cool.  Cue Reindeers with wonky eyes and green lips (substitute any other animal for the reindeer!)!  To minimise waste mini Mumbler chose a few smaller cutters – teddy bears and stars – to use up the scraps.  When she arrived home with boxes full of delicious shortbread it was a real treat – they are seriously delicious. 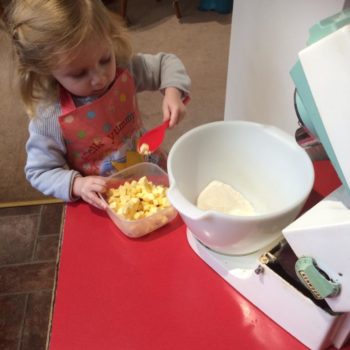 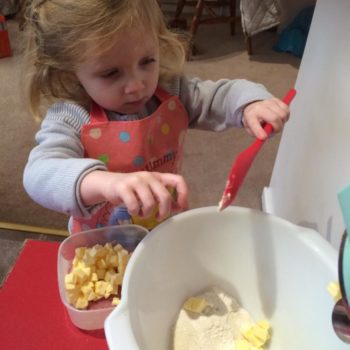 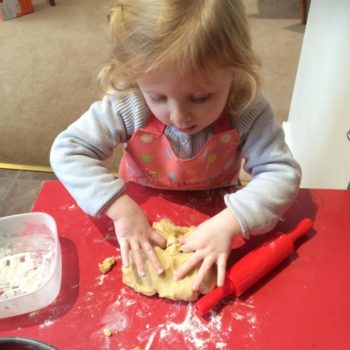 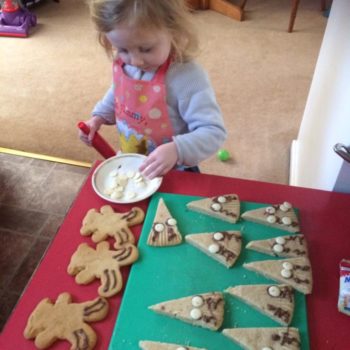 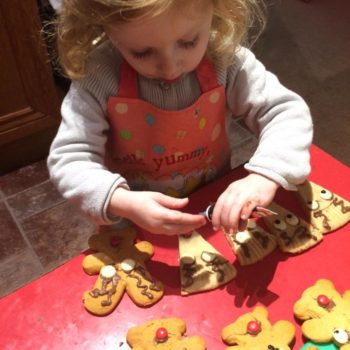 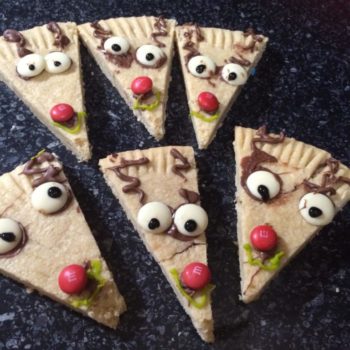 Biscuit connoisseur Nanna Mumbler used her own tried and tested recipe which gives a softer gingerbread than you’d traditionally expect – great when you have teeny ones in the house as they can get stuck in to the finished product as well. This one should give similar results.  If you want to stick to a more traditional, firmer bake this one from BBC Good Food is said to be a good one to try with the kids or, for anyone with a gluten intolerance we found this one from Doves Farm which says it is straightforward and is free from Gluten, Soya, Wheat, Nuts, and vegetarian.  Doves Farm products are widely available so it shouldn’t be too hard to get your hands on them – try Sainsbury’s, Tesco, Holland and Barrett or Amazon.  Alternatively, you could always buy ready made gingerbread men and just have fun decorating them!!

A seasoned baker by this point, mini Mumbler got stuck in doing her usual weighing, measuring, mixing and rolling and waited patiently for the gingerbread to cook and cool before the real fun – decorating the biscuits – could begin.  This bake was also done at Christmas so the finished product has a festive twist, but use any shape cutter you want – traditional Gingerbread Man, Easter bunny. anything goes!

This soft, sweet bake was a real hit with both the kids and adults! 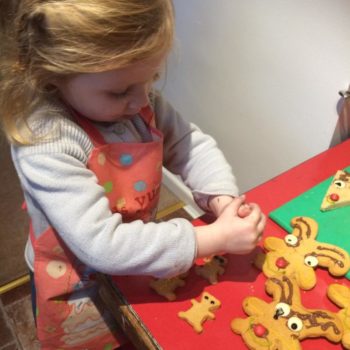 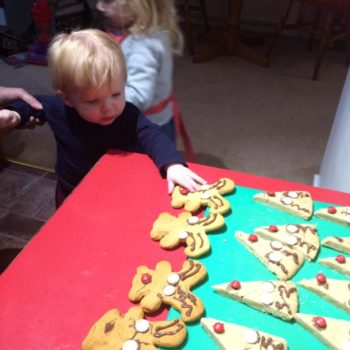 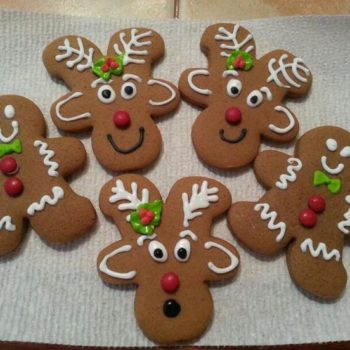 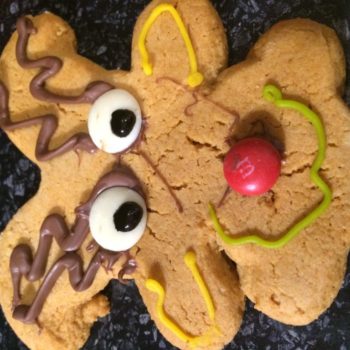 We stumbled upon these delicious cookies when looking for a gluten free cookie recipe. They go one better and are paleo (save for the white chocolate chips – if you prefer you can leave them out, use vegan/dairy free ones or even make your own – there are loads of recipes online).   We weren’t concerned with being 100% paleo and I have a weakness for white chocolate so we kept them in.  I found all the ingredients in Sainsbury’s save for the almond flour, which I had to get from a whole foods shop.  The recipe is super simple though and my toddler could really get stuck in with virtually every stage.  I follow a gluten free diet from time to time and these cookies are honestly one of the best gluten free treats I’ve tried, either shop bought or home made.  In fact they went down a storm with everyone I gave them to – even my uber fussy Mum, Nanny Mumbler, was quick to compliment! 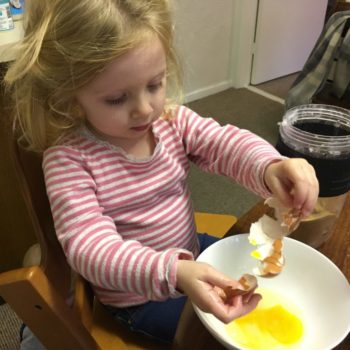 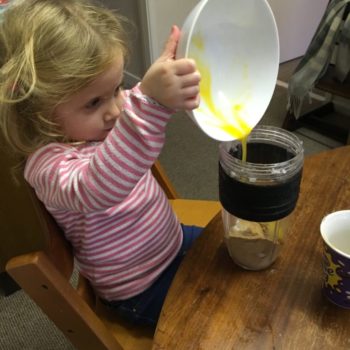 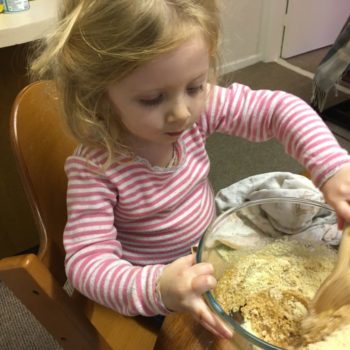 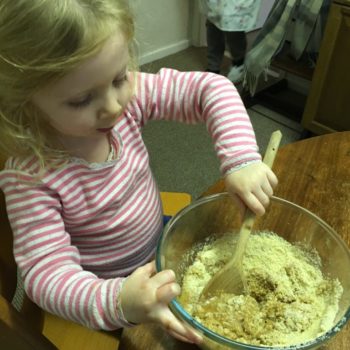 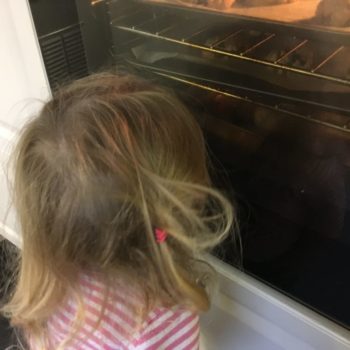 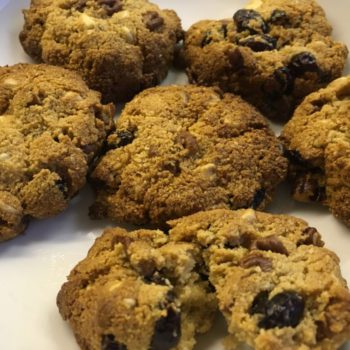 Thanks so much to our guest blogger Hayley. If you have family or friends in East Cheshire then be sure to let them know about the East Cheshire Mumbler website.


Made with by Wonder Media